A GLORIOUS PAST; A PROMISING FUTURE. A SUMMARY OF THE CRANBERRIES’ VISIT TO PERU.

“So take my hands and come with me; we will change reality”, said The Cranberries in their mythical “Animal Instinct.” Their long-awaited concert in Peru has been accompanied by the news we’ve all been waiting for: new album, new tour; The Cranberries’ comeback is now a reality. The Irish quartet knows how to make even the most skeptical of their fans end the year with a smile.

The Cranberries arrived in Peru separately; the first to arrive were Dolores O’Riordan and Olé Koretsky, D.A.R.K.’s project leader, at 2 am Peruvian time on December 14th. Tiredness and jetlag did not prevent them from taking a few minutes to greet and take pictures with the fans who were waiting in the airport to welcome them. It would not be the only time Dolores showed her most human side; she and Olé would reunite with their fans at the hotel’s doorstep the following day, and even granted a meet and greet, with the whole band, on December 15th.
There was also time for some interviews for the Peruvian media, where guitarist Noel Hogan and drummer Fergal Lawler have shared, with great enthusiasm, their projects for 2017: in May they will release an acoustic album with the Irish Chamber Orchestra, in which greatest hits like “Dreams”, “Zombie” or “Linger” will experience new arrangements and sounds, and which will include three new songs. The album will be accompanied by a tour that they hope to start at the beginning of the year in Europe and to continue in South America. In addition, there is an almost ready ninth album, with completely new tracks, that will come out after this one. Their performance in Vivo X El Rock was a great success.

Plethoric The Cranberries poured tons of effort to satisfy a devoted audience who would sing their songs, taken by a cocktail of feelings that moved from emotion and thrills to madness and euphoria. Greatest hits like “Linger”, the sentimental “Animal Instinct” or their hymn “Zombie”, met the integration of more recent songs, like the rocker “Schizophrenic Playboys” or the delicate “Conduct”.

It was the first time Peru enjoyed these tracks, since the most recent visit of The Cranberries to the country was in 2010. Nostalgia came hand in hand with the romantic “Dreaming My Dreams”; Memories of our teenage ingenuity were brought by “Can’t be with you”; and “Salvation” put the musical ecstasy. The Cranberries closed the evening with “Dreams,” a song for which they are still awarded 24 years after its release, and that gains a enormous strength when performed live, leaving in the audience that feeling of completion, because The Cranberries are the clearest example that dreams come true. 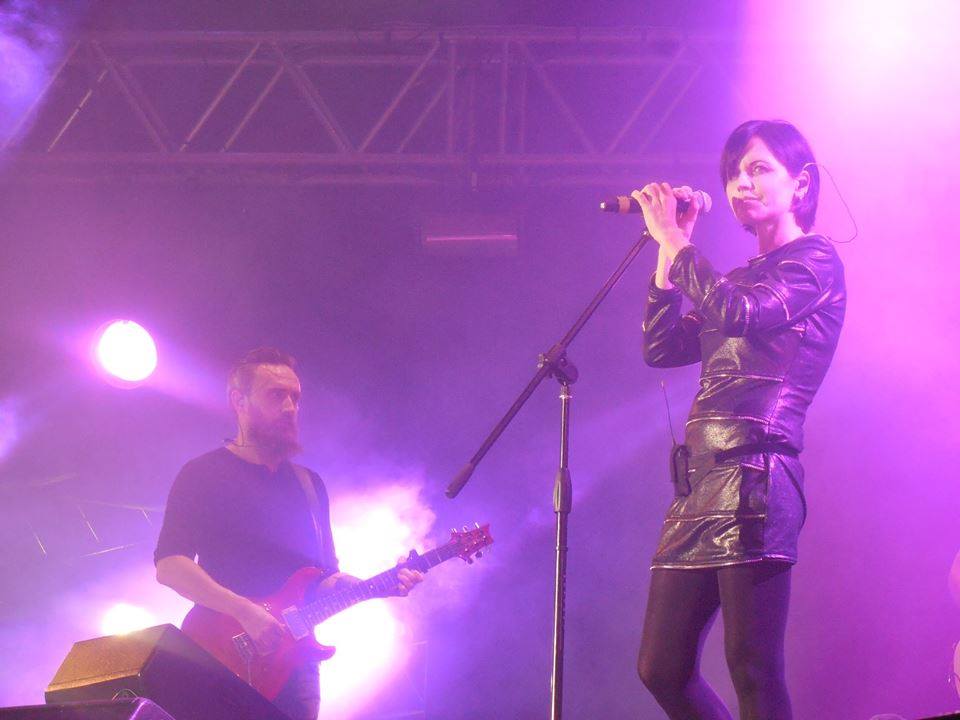 Dolores’s eyes were shiny and smiles would not leave her face. The Hogan brothers enjoyed like kids playing on stage and Fergal worked flat out on his drums. The surprise came from the hand of Olé Koretsky, who made his appearance on stage as a supporting guitarist. They were all happy, excited, thrilled to get back to work. Dolores uploaded a small video in her facebook account, thanking her fans for the concert.

It is evident that the Peruvian fans’ were not the only ones to come true. It has been a magical evening from which only silences, memories and unquenchable emotions remain, but The Cranberries have been able to anticipate to this unavoidable post-concert nostalgia: the end of this period is only the beginning of the most expected comeback.